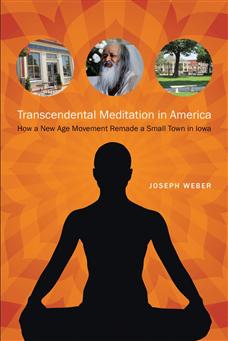 How a new age movement remade a small town in iowa

"Like many other alternative religions that burst onto the American scene in the 1960s and 1970s, Transcendental Meditation attracted thousands of followers but also a fair number of detractors. The interplay of meditators and local residents in the midwestern town of Fairfield, Iowa, where TM established its major American center, makes a fascinating case study of the impact of new religions on traditional American culture.” — Timothy Miller, ed., Spiritual and Visionary Communities: Out to Save the World

“Weber brings a journalist’s eye for character and story to this engrossing account of Transcendental Meditation and the town—and lives—it transformed. Along the way he probes religious and cultural questions about tradition and change, healing, community, place, and much more. This book is a lively and eye-opening delight.” — Matthew S. Hedstrom, University of Virginia